The well-preserved history and the houses of the commodores of Hindeloopen captains who plied their trade by sailing to Scandinavia, the Baltic States and the United Kingdom, the lock keeper’s house from 1619 and the adjacent old lock, the city harbour, the large pleasure marina with expensive motor and sailing yachts, the Hindeloopen art of painting and woodcarving and the maritime atmosphere at the IJsselmeer [Lake Yssel]. These are the ultimate highlights of Hindeloopen, a city since 1225 and one of the smallest Frisian Elfsteden [Eleven cities ice skating route]. Less than 900 people live in Hylpen, Frisian for Hindeloopen.

The maritime history of Hindeloopen begins in the 13th century when the place comes to lie at the large expanse of open water, the ever-expanding Zuiderzee. The so-called ‘flute’ ships (Dutch type of cargo sailing vessel) could not enter the town, now a city, but could however safely drop anchor offshore. It was especially in the 16th and 17th century that trade flourished with Scandinavia, the Baltic States and the United Kingdom. The Hindeloopen captains sailed for ship owners and
merchants based in Amsterdam. They crossed the sea with products such as wool and gin and returned homewards with wood for the rapidly growing house and shipbuilding activities.

Due to the town’s remoteness in Friesland and the international contacts, Hindeloopen developed its own dialect, painting style, carpentry and traditional attire. People from Hindeloopen speak a language that is significantly different from Frisian, this partly due to the connection with Amsterdam between 1600 up to 1870.

When Amsterdam was directly connected to the North Sea in 1824 via the shovel-dug Noordhollandsch Kanaal (Great North Holland Canal) to then town of Den Helder, the route via the shallow ‘Pampus’ (IJ lake), the Zuiderzee and Hindeloopen became a less popular detour. Hindeloopen
was no longer the foremost port of Amsterdam. The immensely wealthy captains’ town gradually relegated to a fishing ‘backwater’ with considerably less wealth than before the realisation of the Noordhollandsche Kanaal. 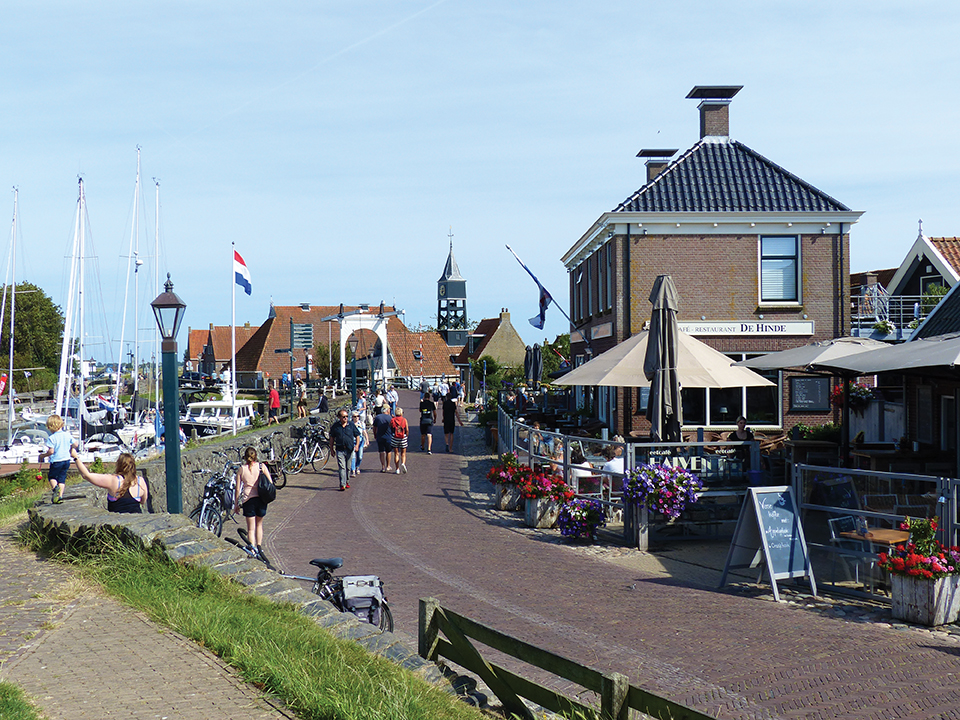 In the months from October to February, when the shipmasters stayed ashore, the deep sea captains and their families lived in splendid houses at — among others — the Nieuwstad [New Town]. However, when they again paid heed to their seafaring calling , the women and children relocated from the ‘commodores houses’ to the so-called ‘likhuizen’. The smaller homes (Lik = small) were located in the gardens of the homes of the seamen. They are still there!

Hindeloopen furniture and decorative painting are famous as far as Japan and have long been an important export product, especially after an exhibition in Paris. The Hindeloopen interior painting focused primarily on the painting of utensils. The colourful paintings embody influences from the Baltic States, but also fabric from India and porcelain from China, brought to Amsterdam by the colleagues of Hindeloopen captains who were a source of inspiration for these artefacts.

The rich Hindeloopen shipmasters allowed their homes to be exuberantly decorated with luxury woodcarvings and paintings, which later also ‘livened up’ pieces of furniture. In the 19th century, economic decline, war and Napoleon led to many unique interiors being lost. After 1870, the Frisian gentry again blew new life into the artisan Hindeloopen furniture-making industry with a Hindeloopen period room. This was specially made for the Historische Tentoonstelling (Historical Exhibition) in 1877 held in the city of Leeuwarden. In 1878, the period room, which garnered much admiration in the Netherlands, moved to the Exposition Universelle, the third world fair to be held in Paris. Nobility and wealthy citizens were greatly impressed by the Hylper furniture-making and the decoration technique, which thereafter, because of great success, was shown at many other exhibitions both at home and abroad.

The Hindeloopen art of painting still has avid appeal. One famous workshop is at the firm Roosje, supplier to the Royal Household of Orange. Crown Princess Amalia and her sisters Alexia and Ariane sat for the first time at a table in a child’s table chair from the firm Roosje, now owned by the brothers Stallmann, the fourth generation. In the royal villa of Eikenhorst in the city of Wassenaar, there is an original Hindeloopen blanket chest, also from the firm Roosje. Ornate floral motifs are also to be found in the kitchen of Princess Margriet and her lawyer-trained husband Pieter van Vollenhoven in the city of Apeldoorn.
Three queens who preceded King Willem-Alexander — his mother Beatrix, his grandmother Wilhelmina and great-grandmother Emma — were also totally enamoured by the handcrafted furniture from the tiny seaside city. Arend Roosje, the founder of the 19th and 20th century Hindeloopen furniture-making and style of painting, began his own workshop in 1894 in the commodore’s house built in 1656 and located in the Nieuwstad at number 44. Roosje, originating from Hindeloopen, was in 1885, at the age of sixteen, discovered by connoisseurs as a talented ornamental painter. Over the years, the entrepreneur who originally began as a painter’s assistant, became famed as a trendsetter throughout the Netherlands. The style of Arend Roosje still counts as the leading and celebrated style, although there is also a contemporary variant which has additionally evolved from the hands of the brothers Stallmann: ‘Oak Inside’. 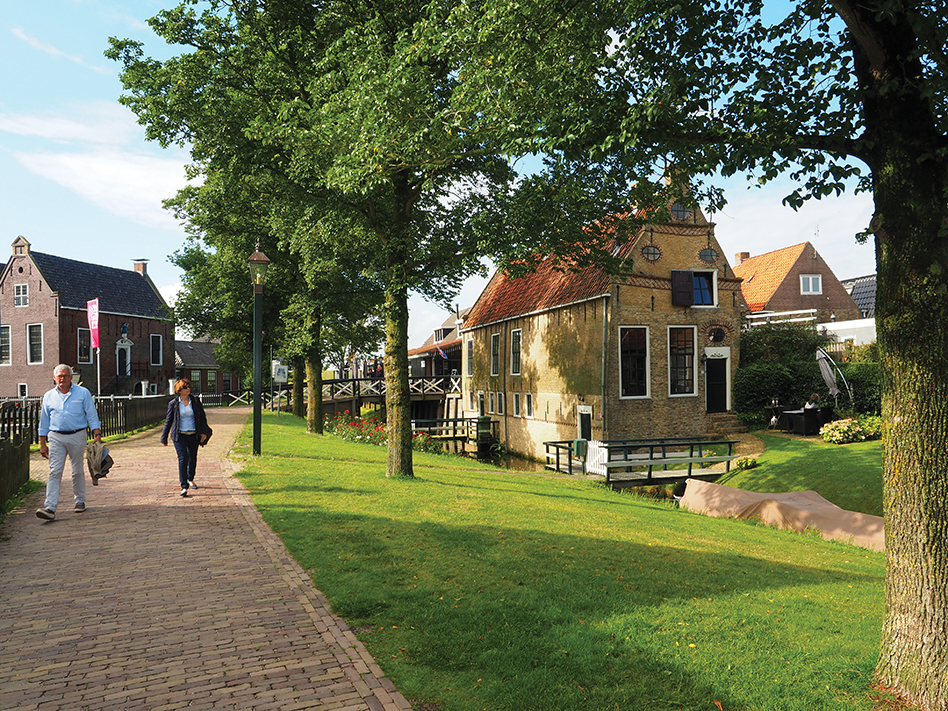