Workum
The liveliest and largest museum of Friesland

The port, trade and craft city of Workum is one of
the youngest Friese Elfsteden [Frisian city ice skating route] cities, but given the many historic buildings in the elongated city centre, one would thing it is the oldest. It only received a city charter in 1399, while the nearby and much smaller Stavoren, also a port on the at that time Zuiderzee, already had been granted this in 1118.

As well as two other Elfsteden cities, Hindeloopen and IJlst, Workum has never been a real stronghold. It has at no time been reinforced with ramparts and bastions, such as at the smallest Elfsteden city of Sloten. But Workum has however emerged as a city of significance associated with wealth, such as can be seen at the Merk, the central and most charming market square, It Súd and the Noard [the South and the North]. Even one of the renowned slipways, the more than 300 year old shipyard, ‘De Hoop’, has been preserved. There are still wooden boats being built and restored and this close to a city harbour imbued with nautical heritage. 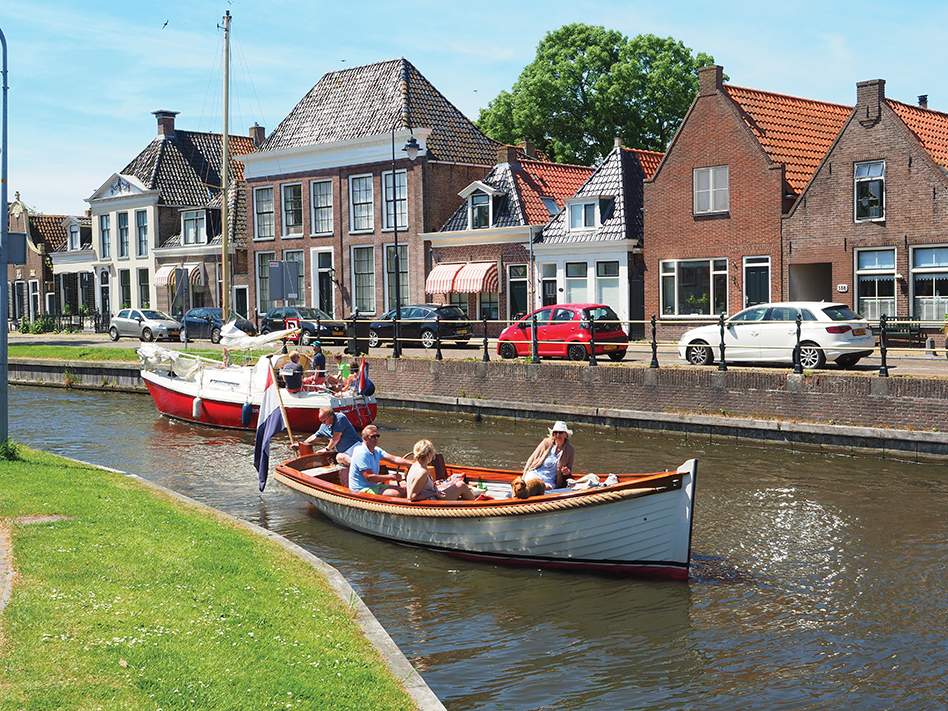 Those who really want to experience the atmosphere of the Fries-Hollandse [Friesland-Holland] sailing cargo trade from one or two centuries ago, just has to be present at the start and finish of the Strontrace [cow dung race], held annually in October, near the shipyard. Visit the website www.zeilvaartcollegeworkum.nl for the latest information. The Strontrace is a regatta with classic sailing boats with dried cow dung on board. They sail and punt from
Workum to Warmond in South Holland, via Amsterdam, and back again. The race recalls the skippers from Workum who up to 1950, during each springtime when the farmers in Friesland mucked out their cowsheds, brought with 150 barges and clippers (payload 100 to 160 tonnes) smelly wet cow dung to the barren sandy dune soil of the land surrounding Warmond, Hillegom and Lisse. It was there, around the current Keukenhof flower park and exhibition that there could, thanks to the manure from the Frisian farmers and Workum freighters, the Bollenstreek [Bulb Region], the land of Dutch tulips, come into bloom.

Living from and on the sea

From the 13th century, trade and shipping brought Workum prosperity, partly because other Frisian cities had over the centuries lost their open link to the sea. Workum was not directly connected to the sea but had a connection to the Zuiderzee via the two-kilometre long waterway, It Soal. Since the construction of the Afsluitdijk [dam with causeway] in 1932, the Zuiderzee is now called the Ijsselmeer [Lake Yssel]. Inland, Workum had a link the Frisian lakes, in the past this was of great importance due to the absence of good country roads in Friesland. Workum once had a large fishing fleet, just like the other Zuiderzee ports of Lemmer and Makkum. Between 1800 and 1900, many Workum fishermen were also active in the eel trade in London, as well as residents of the nearby village
of Heeg situated south of Sneek. Thousands of tonnes of Frisian eels went to England, but this came to an end around 1900. The last Workum eel trader sold his company in 1907. 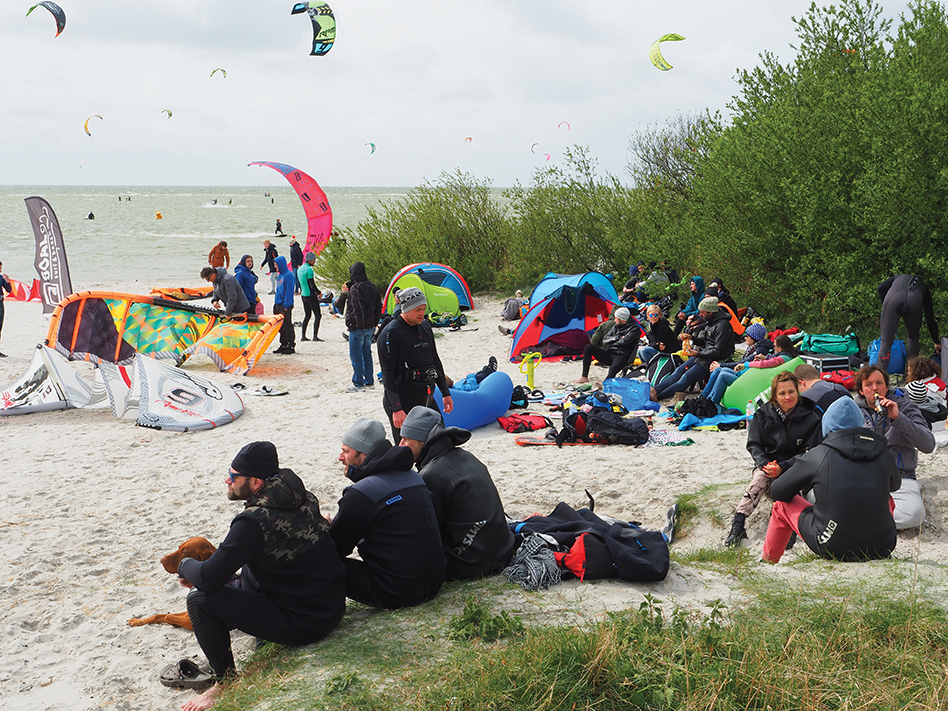 Workum came into existence along the dug waterways of the Wymerts and Dolte. The most and most beautiful homes were built along the quays of the Wymerts, giving the city an elongated shape. The Wymerts was filled in 1785 and thus there arose the two main crafts and shopping streets as an extension of each other: It Noard and It Súd, Frisian for the North and the South. The oldest buildings, which were in the past situated on a waterway, have splendiferous frontages with their own story. Also even after1800, when shipping declined substantially due to a silting up of the harbour, the residents of Workum still fared nicely. This is evident from
the fact that at It Súd splendid 19th century houses were being built.

In the museum, Warkums Erfskip, located in the Waag [weighhouse] at the Merk [market square], there is a large collection of original Workum pottery from the Aardewerkfabriek [Pottery] R.F. de Boer to be seen. In late 2005, potter Rintje Freerks de Boer stopped making this typical pottery which is reddish brown in colour with so-called region-specific ‘ringeloorversiering’ which is a pottery technique whereby thin strands of uni or multicoloured clays are turned onto the surface of the pot. He was the last descendant from a family of potters that since around 1670 produced all kinds of utile pottery in Workum, including drainpipes and red stone flower pots and scored earthenware. Workum still has several stoneware workshops, among others, in and behind restaurant It Pottebakkershûs at the Merk, at which place those interested can see how the old techniques are still being applied. There is also a Workum pottery exhibition in the restaurant. 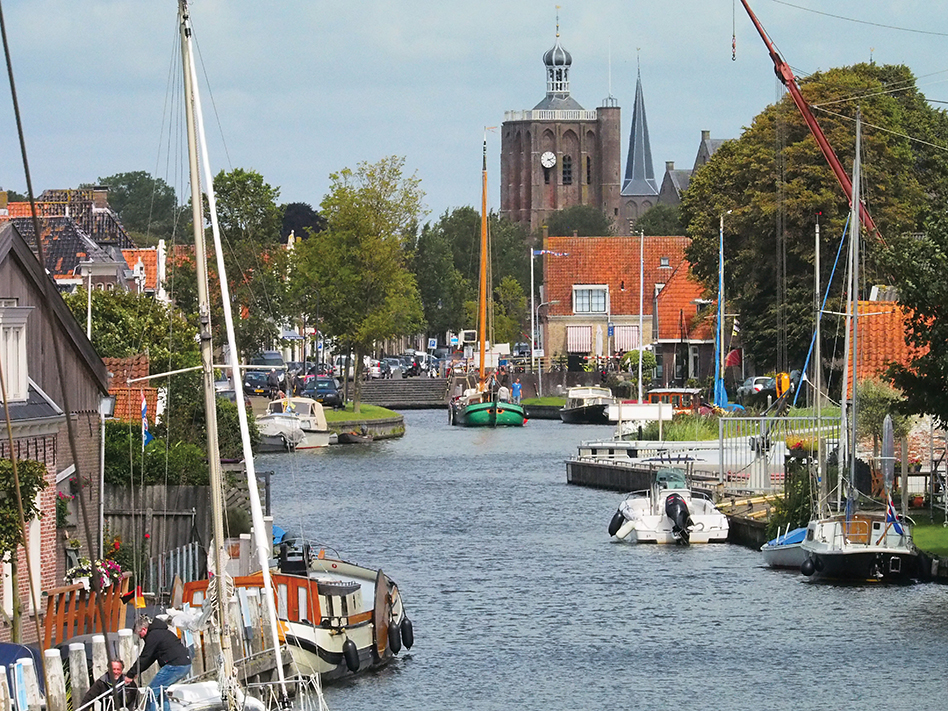 Jopie Huisman, the Rembrandt of Friesland

A “must” if you’re in Workum: visit the Jopie Huisman Museum located at It Noard which houses the works of the in 2000 deceased trader in scrap metal and clothing and artist, Jopie Huisman.
You do not have to be an art expert to be impressed by the work and colourful life philosophy of the Frisian self-taught painter. The world famous painter Rembrandt van Rijn would, if Jopie had lived 400 years ago, no doubt have been fascinated by his artistic achievements. These are unbelievable! And, whosoever has no feeling for art but can nevertheless appreciate a racy representation of a life amidst clutter and nature, unusual people and culture, then he or she will be fully satisfied after a visit to his museum. The art house collects, preserves and exhibits drawings, paintings and sources of inspiration of the painter who lived in Friesland from 1922 to 2000. The arts domain also offers a generous look into the fascinating life of the cordial painter who clung for dear life to his hand-rolled cigarette, humour, art, music, true and far-fetched tales and antics of, often notable, friends. Make some time for him and Workum, it is otherwise guaranteed that you will miss out an otherwise fantastic experience! 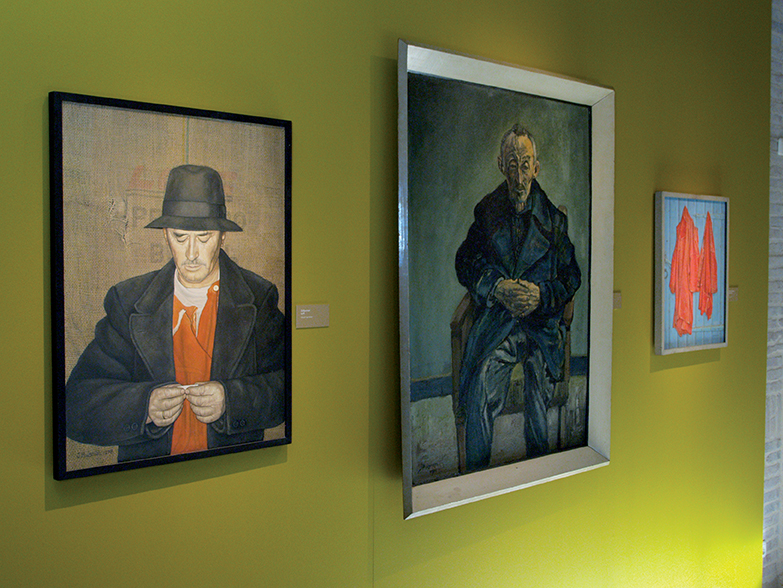