The fortress settlement of Sloten, which is also referred to as the ideal renaissance town due to its regular shape, was an independent municipality with its own council until 1984. It now belongs to the municipality De Fryske Marren.

Sloten was founded in the eleventh century and was granted town privileges in 1426. It was established at a favourable location on a crossroads of land and water trading routes, and this is clearly reflected in the settlement’s shape. It was, for example, on the route used in early medieval times between Stavoren-Coevorden-Bentheim (D) and Zuiderzee-Slotermeer-Middelzee. The Middelzee, which was gradually silting up, was reclaimed in the late Middle Ages, between 1200 and 1300, by means of dykes built by monks.

In the 13th century, the powerful Frisian aristocratic Van Harinxma (thoe Slooten) family built a stins on the site of the current Roman Catholic church (which dates from 1933). A stins is heavy, square, spire-less refuge and storage tower – a rather simple Frisian version of a castle.

The residents of stins could keep an eye on the shipping that passed through Sloten on the river Ee, a very important waterway between Sneek and Tacozijl to the west of Lemmer. The Van Harinxma’s imposed a toll. In 1531, the stins and surrounding defensive walls were demolished by order of Charles V.

The surviving water gates (the Sneker or Woudsenderpoort gate and the Lemsterpoort gate) and the land gates, of which there is now no trace, (the Koepoort gate in the narrow Koestraat and the Wyckelerpoort gate on the Wyckel side of town) served as toll gates.

In the night of 12 to 13 May 1588, the Spanish launched an unsuccessful attack on the town. Enemy soldiers who had hidden in a beer ship planned to sail into the fortified town unopposed, with the assistance of three traitors from the neighbouring town of Tjerkgaast. Details of their plan were leaked and led to heavy fighting which is acted out every three years during a festival [Historisch Kijkfeest] Sloten.

There was only one way for ships to pass the strategically positioned town and that was via the river Ee which flowed right through the town and then out to the Zuiderzee. The Ee still flows through the town today, although the construction of a freshwater inlet on the site of the old lock, the Tacozijl, means ships are no longer able to pass through. Until the construction of the IJsselmeer dam 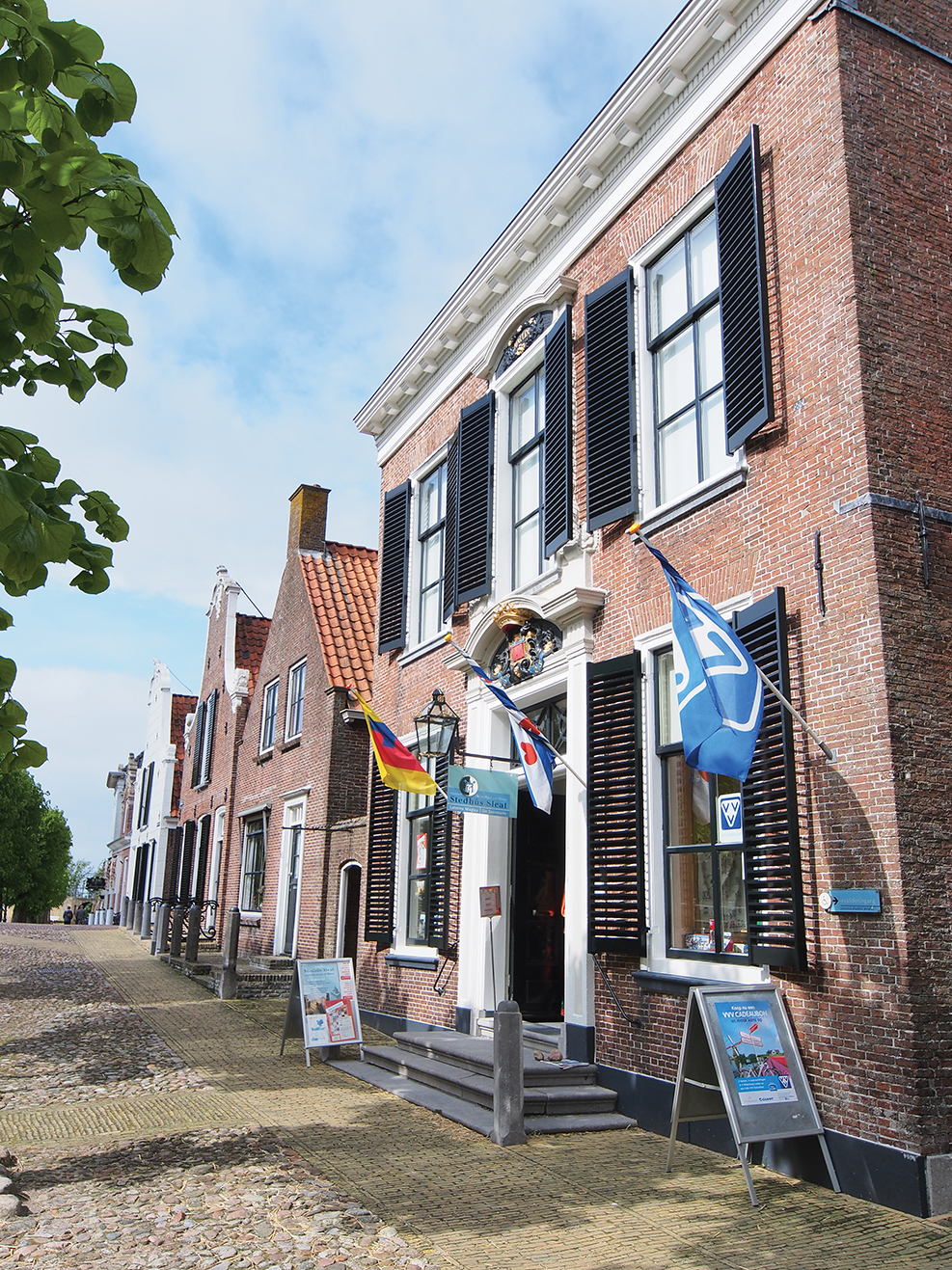 in 1932 the Zuiderzee, which was linked directly to the Wadden Sea and the North Sea, was saltwater. The inlet in question was built afterwards, just before the Second World War.

In the 18th and 19rth centuries, Frisian butter was the most important commercial product to be manufactured in Sloten.
The buyers were mainly English. The attractive neck and stepped gables of the 17th and 18th century merchant’s houses along the Diep, which is the canal that runs through the town centre, are reminders of prosperous times and the major economic importance of Friesland’s commercial waterways. The Diep is fringed by old lime trees and the quays are paved with rounded cobbles. This, in combination with the many neck, stepped, cornice and bell-shaped gables, the gates and authentic boarding of the little shops, gives the town centre an idyllic look and feel. 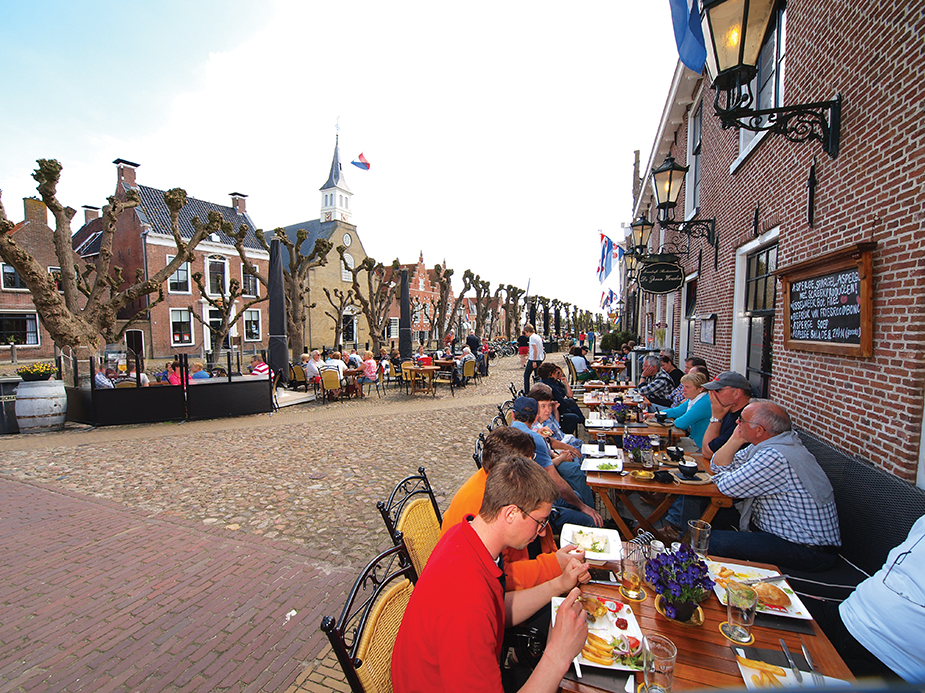 The current water gates date from 1768 (the Sneker or Woudsenderpoort gate) and 1821 (the Lemsterpoort gate). The bastion of the latter gate is adorned with the corn mill which was constructed in 1755. A mill was even located on this site in the Middle Ages. A small prison is also incorporated into the gate. Near the entrance to the cell there is a pillory as a reminder of the Spanish attack. In the summer months, the Stadsschutterij [citizen’s militia] of Sloten still fire the cannon near the mill every Friday evening, following a loud proclamation by the town crier. The Dutch Reformed Church, which was built in late Gothic style, dates from 1647 and the town hall, which is now the ‘Stêdhûs Sleat’ museum, was built in 1761.

A number of farms also used to be situated behind the southern bulwark. A single large farmhouse, built in typical Frisian style, has survived and is now in use as
a restaurant. The area near the southern walls used to be used by women as a bleaching ground, a field in which washing could be bleached and dried in the sun.