Leeuwarden
The capital of Friesland

Leeuwarden, in Frisian ‘Ljouwert’, European Capital of Culture in 2018, is since 1524 the capital of Friesland. The city has more than 500 monuments worthy of seeing and has always had distinguished and relative wealthy residents. The rich and diverse cultural history is well preserved and is to be found in the
city centre and in museums such as the Fries Museum (Frisian Museum) and the Princessehof. Leeuwarden (108,000 inhabitants) is in the 21st century widely known throughout the entire world, for example, as far away as China, and as a hub for dairy products and water technology enjoys its illustrious reputation with companies and institutes such as Friesland-Campina and Wetsus.

Leeuwarden is also home to the Royal House of Orange-Nassau and the world-famous spy, Mata Hari. The Frisian Royal Family of Nassau are the forebears of the King of the Netherlands, William-Alexander. To strengthen his connection to Leeuwarden and to also underline this in a sporting sense: on February 26, 1986, he took part In the Elfstedentocht (Eleven cities ice skating tour) under the pseudonym W.A. van Buren. The Frisian capital is the start and finishing point of this 200 km journey along eleven Frisian cities, that was skated for the first time in 1909. The Elfsteden-route is now the most popular tourist cycle route in the Netherlands. Through global warming, that has
allowed the winters in Friesland to be less severe, the route can be cycled during this season but rarely be covered on skates. For this it has to substantially freeze for a period of 14 days. The last Elfstedentocht on skates took place on January 4, 1997. 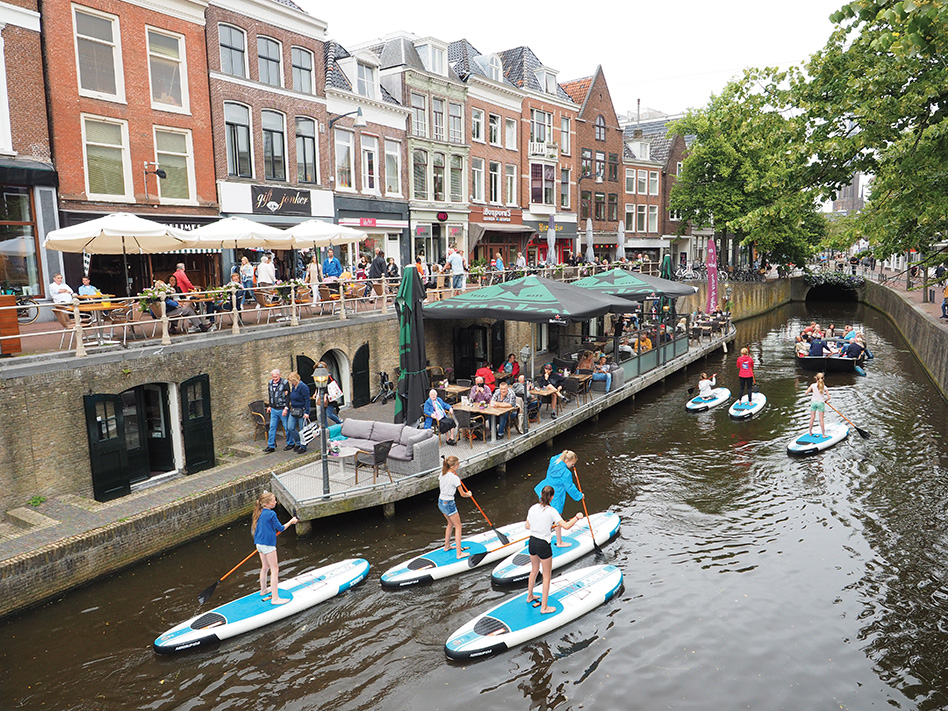 Leeuwarden by the sea

‘Leeuwarden’ is known around the year 750 as ‘Villa Lintarwde’ and is first mentioned in a written document of the Abbey of Fulda. The first inhabitants lived on three mounds (residential hillocks) in the mouths of rivers that were connected to the Middle Sea. They lived from small-scale trade — 2,000 years ago and traded, among others, with the Romans
and later with towns fringing the Baltic Sea, such as Lübeck — and sustained their livelihood with agriculture , fisheries and shipping. Because of the silting up of the Middle Sea which was connected to the Wadden Sea and the North Sea, between 1200 and 1300, followed by draining and impoldering by monks between 1300 and 1500 (the 42 km long Slachtedyk
is now classified as a site of cultural-historic interest), Leeuwarden lost Its maritime connections and it became a ‘land city’. 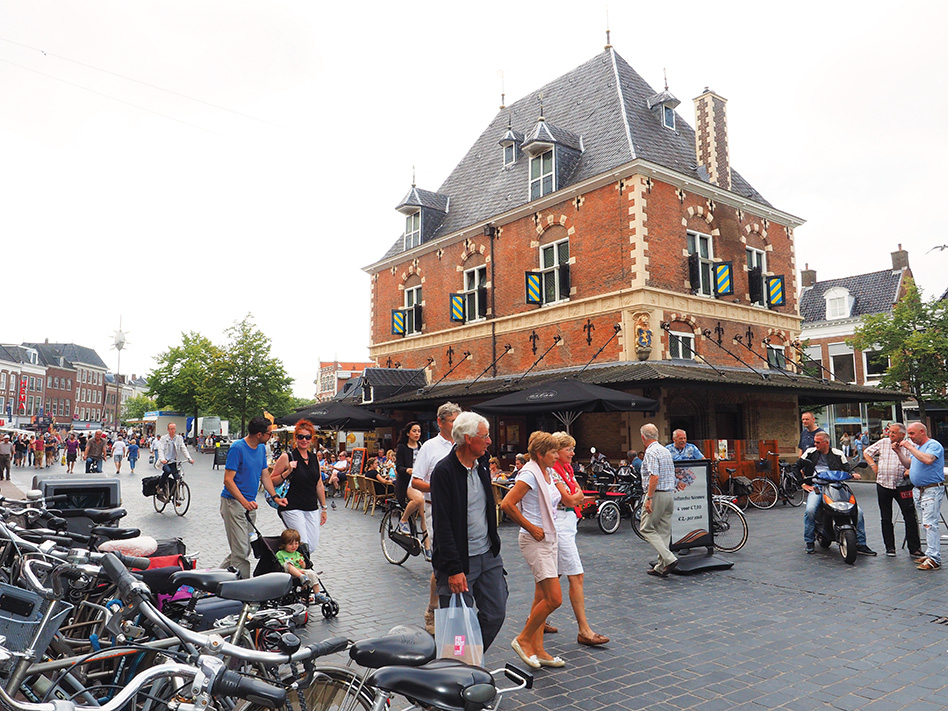 Late15th century, the German Duke Albrecht of Saxony (Grimma 1443-Emden1500) was called
to Friesland after a fierce tribal
war between the Vetkopers, the Leeuwarders, and Schieringers, residents of other Frisian towns and the residents of rural areas. Albrecht of Saxony entered Leeuwarden in 1499 after a siege, but without a fierce battle. 1499 is often seen as the end of Frisian freedom.
The German duke ruled Friesland from the quieter town of Franeker. When peace returned to Leeuwarden, Albrecht of Saxony made it the seat of the Court of Friesland, an institute that dealt with government and law. In 1571 this body was given an own permanent home, the still existent Kanselarij (Chancellery) at the Turfmarkt. This impressive monument was in the 19th century a hospital, a barracks, house for civil and military detention and later a museum. The reign of the dukes of Saxony lasted from 1498 to 1515.
The Saxon period ended in 1515 when Georg Schenck of Toutenburg conquered Leeuwarden
for Emperor Charles V. On May
19, 1515, George of Saxony sold as a final act his entitlements to Groningen and Friesland when he sold these for 100,000 Dutch florins to Emperor Charles V. Like the rest of the Netherlands and even a large part of Europe, Leeuwarden now fell under the rule of the Habsburgers. A time of great prosperity dawned. Leeuwarden was an administrative centre with robust defensive walls and a fortress, in 1524 ratified with the official designation as the capital of the Heerlijkheid Friesland [lit. Lordship of Friesland].

The Oldehove, a masterful drama

Master builder Jacob van Aaken received on May 28, 1529, a commission from the city council to build a large church displaying strength and prosperity, as this was still lacking. The construction was a drama with an end which to this day can still be seen manifested in the leaning tower, the Oldehove. But nevertheless, in 1559 Leeuwarden was elevated to a bishops’ seat.
As to how Leeuwarden came to have its leaning tower à la Pisa is a nice story. When the builders reached a height of ten metres, the tower sagged to one side. 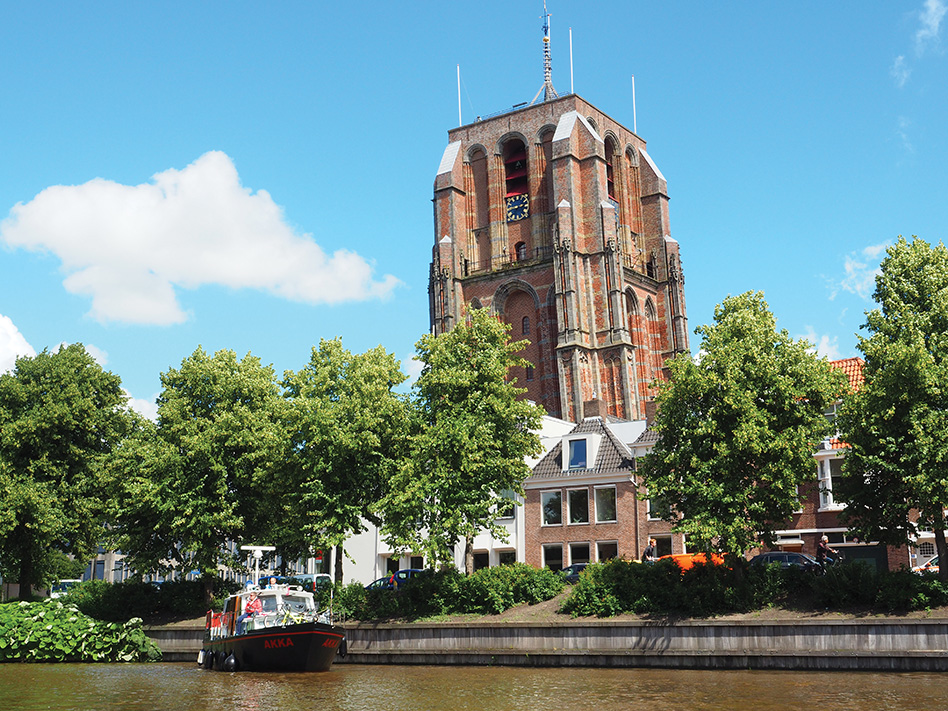 Master builder Van Aaken decided to correct this by continuing in the perpendicular, that lead to a kink arising in the structure. However, the tower under construction kept on subsiding due to the poor foundation on which it stood. In 1531 Van Aaken came to pass away, of grief, this account according to tradition. The city council wanted at all costs a large and high tower, thus the construction was continued. In 1533, when the second gallery was finished, one came to the conclusion that continuing would be senseless. The construction was stopped. In 1595 the adjacent old St Vitus church was demolished. What has remained is therefore the obliquely-sagged and never completed 40 meter high tower with its 183 steps that has become the renowned symbol of Leeuwarden and a tourist attraction. 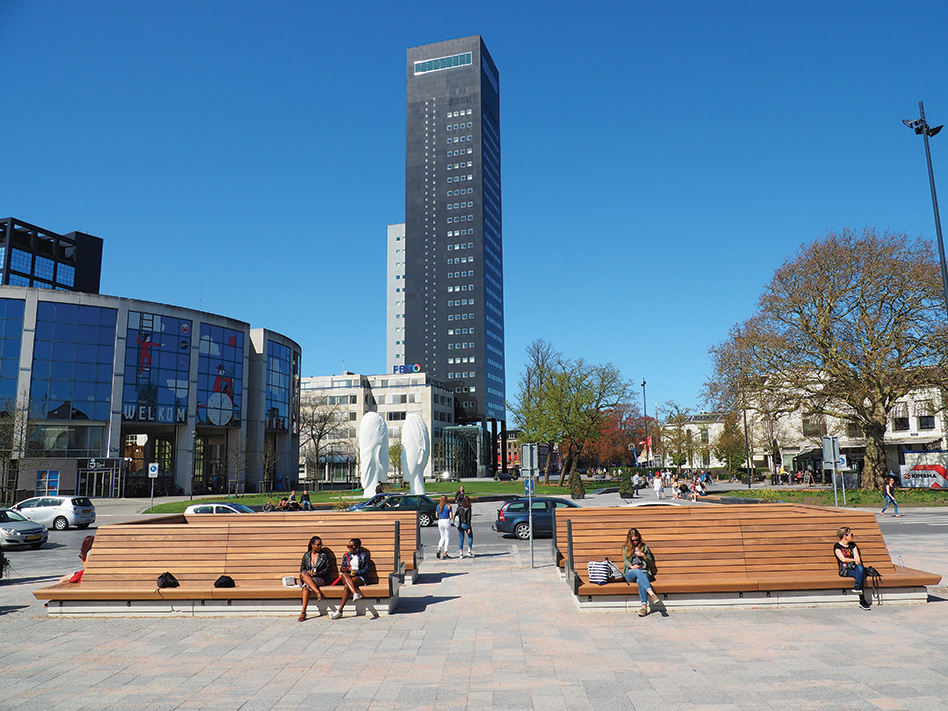 Leeuwarden was for centuries the residents of Nassau governors [stadtholders]. The Stadhouderlijk Hof [lit. Viceregal Court] at the Gouverneursplein [Governor’s Square], now a hotel in the centre of Leeuwarden, was purchased in 1587 by the Staten van Friesland (States General of Friesland) for the first Frisian governor, Count William Louis of Nassau Dietz. He, ‘Us Heit’, that is Frisian for ‘Our father’, lived from 1560 to 1620 and was married to Anna of Orange. She was a sister of Maurice, the son of William of Orange.

When the childless Governor-King William III died and the title ‘Prince of Orange’ could not be transferred, the Frisian counts assumed this title in 1702. From that moment, the Frisian branch of Nassau continued forth the House of Orange-Nassau. All Frisian representatives of the Dutch royal house have lived in the Stadhouderlijk Hof. In 1971 the municipality of Leeuwarden bought the royal palace of former Queen Juliana, the grandmother of King William-Alexander. By the sale, there was specified by the monarch that the ground floor should be maintained in its original state. To date, Leeuwarden has fulfilled this desire, even though it is since 1996 a classy hotel where monarchists and republicans enjoy a regal sleep under one roof. Another royal retreat was the nearby Princessehof, the palace of Princes Mary Louise of Hessen-Kassel (1688-1765), now an international ceramics museum. Mary Louise has meant a lot to the city of Leeuwarden and the province of Friesland, but also to the dynasty of Orange. She was a key person In the history of the house of Nassau and Orange and the continuation of the lineage. She is the ancestress of the current Royal House of Orange-Nassau. Moreover, all the current reigning monarchs in Europe, but also many former kings and emperors, descend from her and her husband.

The city park, the Prinsentuin, located behind the Stadhouderlijk Hof and Princessehof, was once the pleasure garden of the Frisian Nassau. The park was laid out in 1648 by Governor Willem Frederik [William Frederic]. The palace garden was donated to the city
in 1819.

The final resting place of the Frisian Nassau family is the famous Grote Kerk (Great Church), accessible via the Grote Kerkstraat between the Oldehove and the church. In the Fries Museum (Frisian Museum) there are portraits of the governors, the “rulers”of Friesland. Mata Hari, the stage name of Margaretha Geertruida (Griet) Zelle (born in Leeuwarden, The Netherlands, August 7, 1876 – died in Vincennes, France, October 15, 1917), was a Frisian exotic dancer with a penchant for men in uniform and traditions and culture from the former Dutch East Indies (now Indonesia). She was — perhaps wrongly — due to spying in France for German intelligence, condemned to death on account of treason and duly executed.

The suspicion stems from the fact that the Netherlands was neutral during the First World War. Mata Hari could travel freely because of her Dutch nationality. At the time of the declaration of war on France she lived in Berlin, where she assorted in political, military and police circles. She eventually went to France via the United Kingdom and Spain. Her many travels and the many relationships she had with senior military personages attracted the attention of several parties. 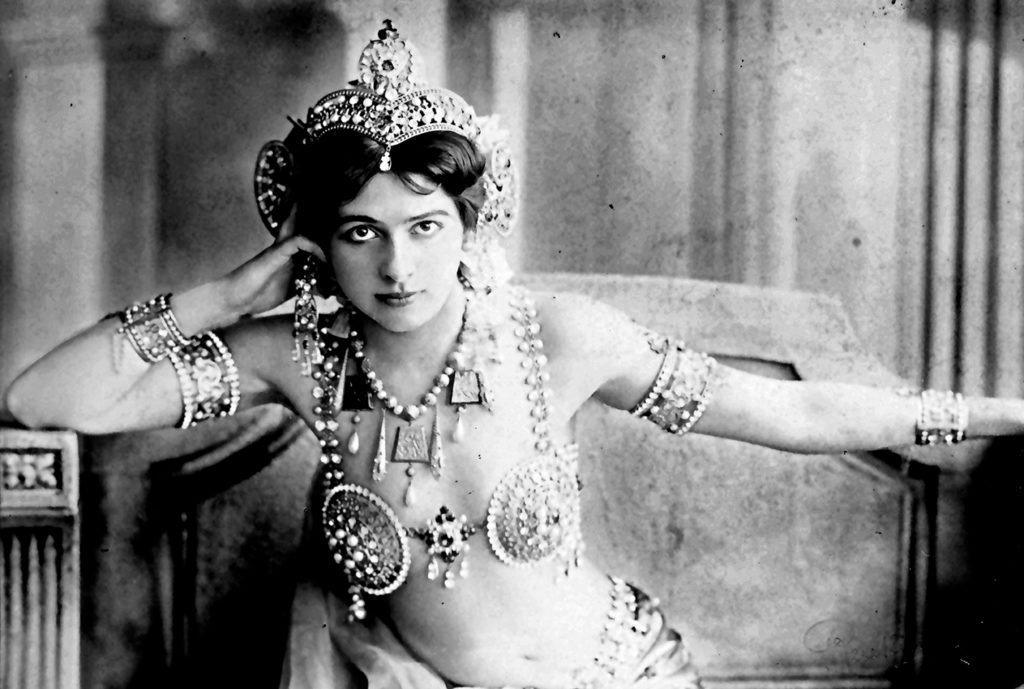