The 200 km long Elfstedentocht, organised by the De Friesche Elfsteden association, has existed for over 100 years. The first organised skating race was organised on 2 January 1909, and the last one on 4 January 1997. Back then, almost 17,000 people completed the 200 km route within the set time deadline, which meant arriving at the finish before midnight.
If the weather conditions are favourable, competitive skaters complete the course in less than seven hours while amateurs need around 18 hours to finish. Women have been allowed to take part in the race since 1985. Klasina Seinstra from Luxwoude won the ladies’ race in 1997 in a time of 7 hours and 49 minutes. The men’s winner was farmer Henk Angenent from Alphen aan den Rijn. His winning time was 6 hours and 49 minutes.

Whether it will be possible to organise a new Elfstedentocht depends on climate change. Dutch winters are becoming increasingly mild. Meteorologists have calculated that it will probably only be possible for the Elfstedentocht
to take place seven times this century: four times before 2040 and three times between 2040 and 2100.

Thanks to the Friesland Holland tourist office, you no longer have to wait for three weeks of severe frost to taste the atmosphere of olden times. After all, the office organises a whole series of Eleven City Tours each year: by bike, by car, by luxury cabin motor yacht and launch (sloop) and by coach. You can even visit the eleven Frisian cities on foot. The start and finish of the skating race are always in Leeuwarden but, for practical reasons, (parking, etc.) the tourist trips usually start and finish in the middle and the south of Friesland.

From 1909 until today, a total of 56,314 silver Eleven City crosses have been awarded. This prize can only be won by those who skate the entire Elfstedentocht route within the set time limit. The tou-

rist office awards personalised certificates to those who submit fully stamped race cards to show that they have completed the route by bicycle, car, motorbike, scooter, on foot, by boat or in some other way within the framework of the Elfsteden deal. The fact that Friesland has eleven cities is a coincidence. The city rights were in fact granted in the Middle Ages and none were awarded to the cities that developed after 1500. In Friesland, city rights were therefore granted to the eleven known cities.

The order in which the eleven Frisian cities are visited during the Elfstedentocht skating race is:

Eventually, the skaters have to return to Leeuwarden. The finish
is on the ice in the Bonkevaart, parallel to the Groningerstraatweg in the east of Leeuwarden. 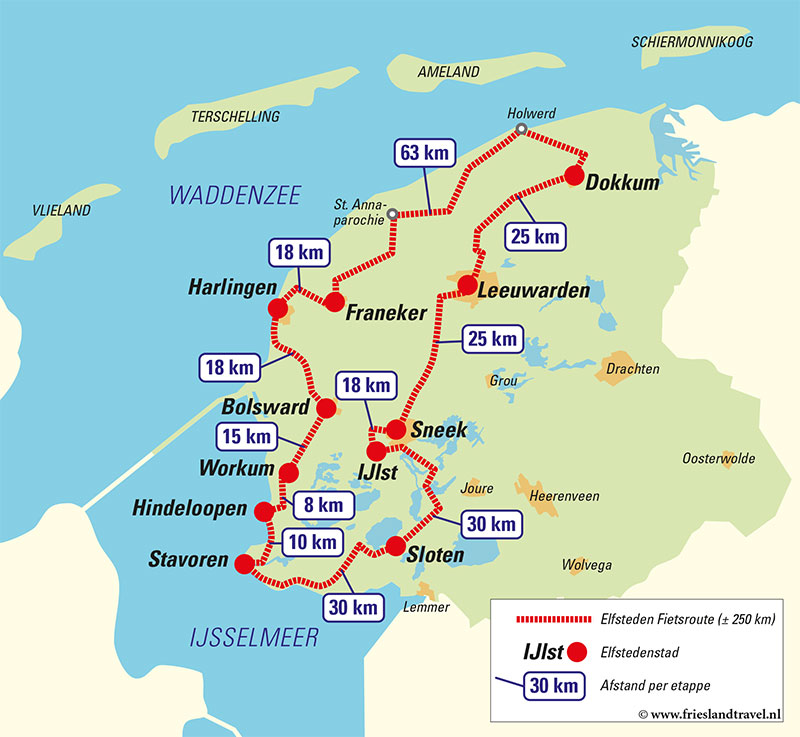 400 years of the Elfstedentocht 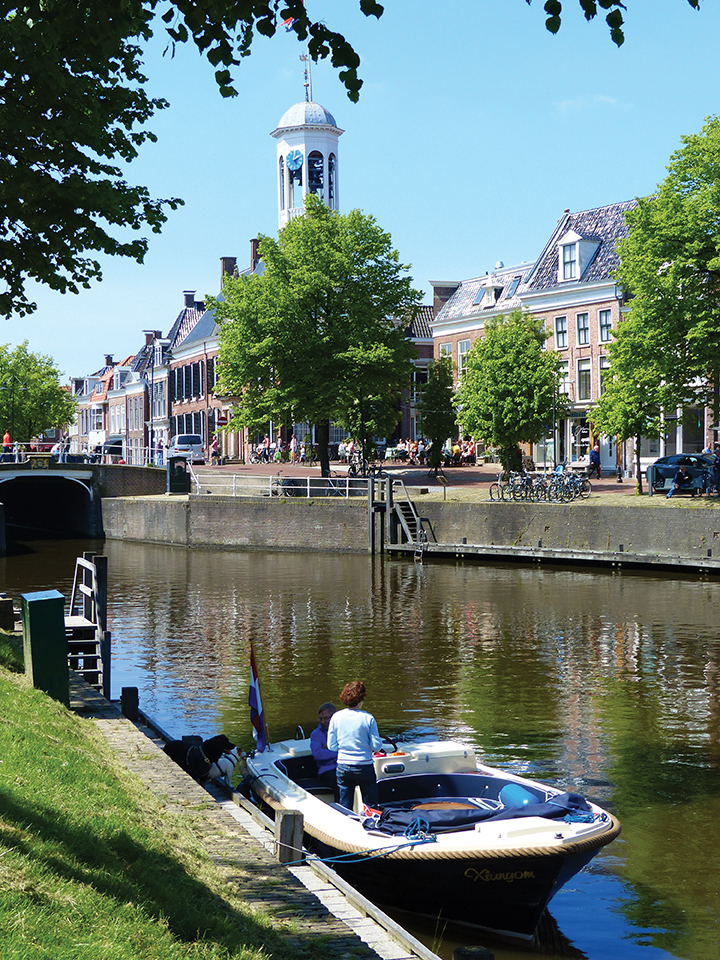 Pim Mulier, son of a mayor of Witmarsum, which is located on the Elfsteden route, is the founding father of the organised race. The first official Elfstedentocht dates from 2 January 1909. There were 22 participants. On 21 December 1890, Mulier skated round the eleven Frisian cities in a time of 12 hours and 55 minutes. Jeen van den Berg from Heerenveen took 7 hours and 35 minutes in 1954. Arable farmer Henk Angenent, the winner in 1997, covered the distance in 6 hours and 49 minutes.

After the Elfstedentocht of 1963, when the winter weather was particularly severe, it was a 22 year
wait until a new Elfstedentocht could be held. Two were then organised in quick succession, in 1985 and 1986. Both were won by the cattle farmer Evert van Benthem from Sint Jansklooster. In 1986, former crown prince and current king Willem-Alexander took part in the race incognito, using the name of Alex van Buuren. Queen Beatrix attended the race in 1985 and 1986 and was there to welcome her son at the finish. The recent races generated huge media attention and resulted in the race becoming a hit as far away as in China and Japan. 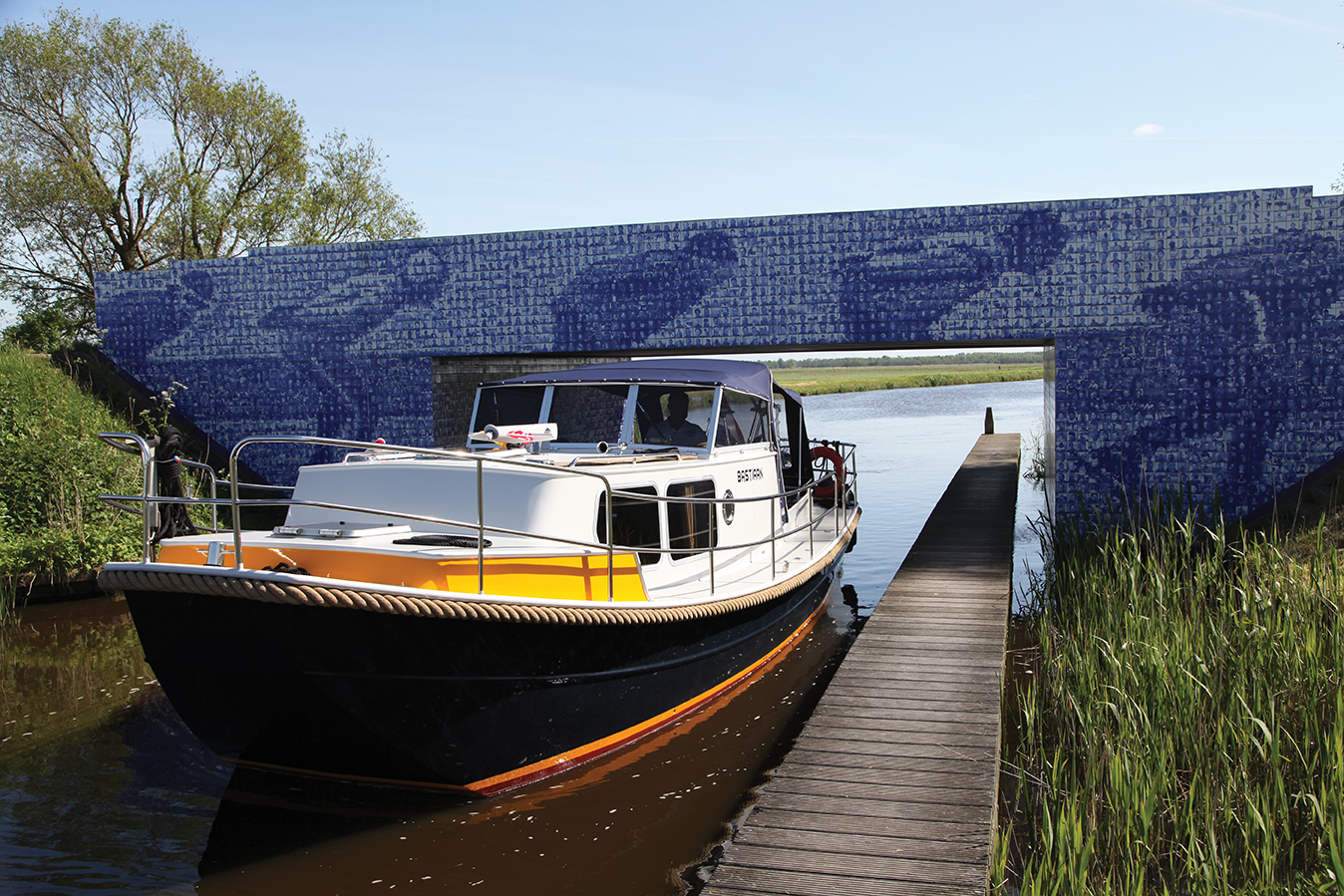 The fifteenth and, for the time being, the last official Elfstedentocht was held on 4 January 1997. It was participated in by 16,688 skaters. There were 16,387 amateurs, of whom 11,526 finished, plus 301 competitive skaters, of whom 122 reached the finish line by the time deadline. The men’s race was won by Henk Angenent and the ladies race by Klasina Seinstra.